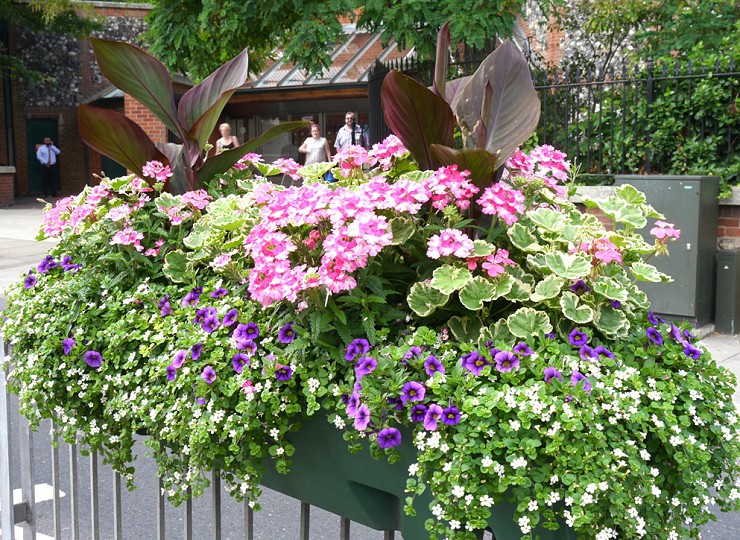 Summer means one thing for Britain in Bloom entrants – judges’ visits. The marking criteria for Britain in Bloom is well known to experienced entrants up and down the country. However, some modifications have been made to the marking scheme for 2019 to reflect the changing nature of the competition. So, it’s important that all entrants are aware of these changes when planning their regional and national judging tours.

What are the key changes?

The most significant change to the marking scheme is in the category allocation of marks. Prior to 2019 the marks were allocated as follows: Horticulture – 50%; Community – 25% and Environment 25%. However, local authority involvement in the competition has steadily reduced in many locations, largely due to budgetary constraints. As a result, entries are now even more reliant on volunteers, and so environmental stewardship has been given greater prominence. Similarly, the allocation of marks for Environment has been altered to acknowledge the importance of environmental issues and climate change as key issues in the 21t century,

This means that in 2019, the allocation of marks has been changed as follows:

So, while horticulture remains the most significant part of the competition, the RHS aims to ‘celebrate the amazing community spirit that is at the heart of Britain in Bloom’ with a redistribution of emphasis.

Why have the changes been made?

According to the RHS, the changes have been made in response to feedback from In Bloom groups as well as in light of judges’ comments. They are designed to reflect the changing nature of the Britain in Bloom initiative and its role in the community.

In fact, Britain in Bloom has always been about much more than just plants and flowers. It is also about developing a sense of community and creating a sense of pride in people for the places where they live or work. The competition also helps foster a sense of responsibility for the environment, bringing people together with a common goal.

The increased emphasis on the environment acknowledges the importance of issues such as climate change and pollution. The drought of 2018 had a significant impact on many Britain in Bloom entries and also highlighted to need to address issues such as water conservation. One way of tackling this problem is by using Amberol’s self-watering planters which need watering only once or twice a week even in hot, dry conditions. Because plants take in water only as and when they need it, water isn’t wasted, reducing maintenance requirements and creating better conditions for growth. Britain in Bloom organisers also hope that placing increasing importance on environmental issues could encourage a wider demographic to get involved, such as young people.

Other changes for 2019 include the inclusion of a separate marking sheet for Urban categories, including BID/Town Centre/City Centre and Urban Communities.

The table below identifies the key differences between the Urban and Standard marking sheets.

It’s anticipated that the redistribution of marks should not impact on the overall medal levels that are awarded.

Other changes to mark sheets

In 2019 each sub-section is marked from a maximum of 10 points instead of 20, with the overall maximum score for each entry being 100 instead of 200. Mark sheets will also include details of what the judges will be hoping to see on their tours. The national results only report medal levels not individual entry scores, but this varies in the regional competitions some of which report on individual scores. The RHS also advise people to spend some time self-assessing their entry against the judging criteria to hep focus on and address any possible weaknesses in their entry prior to the judges’ visit.

You can read more about the changes for 2019 here.

For more information about Amberol’s range of self-watering planters and litter bins, call 01773 830 930 or email sales@amberol.co.uk. You can also request a no-obligation demonstration at a location convenient to you.

Investing in the built environment costs money. Many of our customers have to balance the benefits of initiatives such as creating floral displays and keeping the streets tidy with shrinking budgets. So, is the money that is spent on community projects such as brightening community areas, entering Britain in Bloom and funding litter facilities and campaigns really worth it?

With a new year and a new decade just around the corner, the Royal Horticultural Society (RHS) has announced its theme for Britain in Bloom 2020.

Friday 25th October was a very important date for many Britain in Bloom entrants up and down the country as it was the day that winners of the national Britain in Bloom awards were announced. 2019 marks the 55th year of the annual competition.