To mark the approach of St David’s Day on 1st March, we take a look at one of the most instantly recognisable flowers around – the daffodil.

It’s hard not to love a daffodil. It is one of the most reliable signs that the harsh grey days of winter are behind us and that the milder spring weather is just around the corner. The spectacle of clumps of these bright yellow trumpet-like blooms is surely one of the most cheering sights there is?

Daffodils are also a highly practical flower. They grow pretty much anywhere, thriving in woodlands, at the roadside, in gardens, flower beds and containers. They are hardy, long lasting and easy to grow with minimal effort.

How did the daffodil become the symbol of St David’s Day?

St David, who has been the patron saint of Wales since the 18th century, lived during the 6th century. He is known for founding a monastery on the site of the historic St David’s Cathedral.

Although now replaced by the daffodil, the leek was originally the symbol of St David’s day. There are differing stories about how the leek came to take its place in Welsh history.

One account tells the story of the ancient British king, Cadwaladyr whose soldiers were about to fight the Saxons. The story goes that St David advised the Welsh to wear a leek on their clothes so they could recognise each other in battle. Another legend is set in 1346, when the Prince of Wales (Edward the Black Prince), defeated the French at the Battle of Crécy. The story tells us that the Welsh archers fought heroically in a field of leeks, and as a reminder of their bravery, the Welsh began to wear leeks in their caps every St David's Day.

However, it seems that the daffodil supplanted the leek in the 20th century after the Welsh politician David Lloyd George (later to become prime minister) allegedly insisted that daffodils be used during the 1911 investiture of the Prince of Wales. Today, although the leek remains associated with Wales, the daffodil is undoubtedly a more attractive and fragrant alternative. And of course, daffodils are usually plentiful and in full bloom by 1st March.

The origins of the daffodil

Daffodils originated mainly in southern Europe and north Africa. although the Narcissus pseudonarcissus is actually native to the British Isles. First seen in the UK around the 17th century, farming of daffodils to sell as cut flowers started in the south of England in the 19th century. The UK now grows around 90% of the world’s daffodils.

Daffodils are divided into 13 groups, based mainly on their flower form and have different properties e.g. being highly scented or late flowerers. Although they are easy to grow and maintain, there are some problems that can occur which it’s helpful to be aware of. Pests such as slugs and snails may eat flowers and foliage. Daffodils may also be susceptible to narcissus basal rot in damp conditions. This is a fungal infection that decays the base of the bulb, often during winter storage.

Due to their need for lots of water, self-watering planters are ideal for growing daffodils. Their versatility means that containers can be used to bring swathes of springtime yellows and whites to almost any area and public space. Amberol’s large floor standing planters are particularly suited to creating beautiful springtime displays. 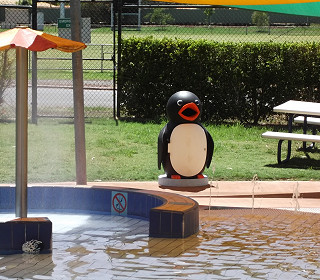 Are your public places ready for summer 2022?

As the summer approaches, it brings with it many welcome opportunities for a whole range of outdoor activities, from picnics to festivals, to trips to public parks, beaches and theme parks. And while it’s great to see people out and... 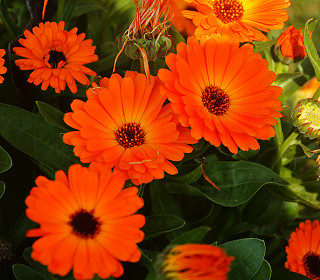 How you can Grow Well with the RHS

As the nights get lighter and the days longer, many of us are enjoying getting out and about a little more frequently. One of the true joys of this time of year is seeing the array of beautiful spring flowers... 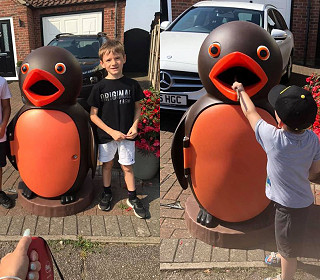 Join the war against litter with the Great British Spring Clean

The Great British Spring Clean is back this month for the seventh consecutive year. The annual campaign, which is organised by Keep Britain Tidy, was delayed last year, taking place in late May and June, but is back in its...