Parks and public green spaces have been real havens for many people during the varying restrictions implemented around social gatherings since the first national lockdown was introduced in March 2020.

In fact, one of the few advantages of the trials and tribulations of the pandemic has been a renewed enthusiasm and appreciation for the outdoors, whether that be walking in the countryside, sitting outside bars and cafes or meeting friends in open spaces.

So, we were particularly interested in the results of a recent survey on how local authorities have managed services such as parks during Covid-19.

The annual APSE 2021 State of the Market report gathered data from a total of 78 local authority park departments who submitted their opinions on the state of the market regarding parks and greenspace services. APSE also carried out a satisfaction survey in the latter stages of 2020 looking at the public’s response to the provision of council services.

Public parks usually receive the highest satisfaction rating of all public services - and the most recent report was no different, with 2020 showing an increase of 0.2 in satisfaction scores, rising from 7.1 out of 10 in 2019 to 7.3 in 2020.

Although parks are always rated highly as a service, Paul O’Brien, the chief executive of APSE commented that the annual survey responses usually indicate that the public also want to see funds allocated to the worst performing services, such as road maintenance. However, he pointed out that the pandemic has changed this viewpoint, with parks now sitting mid-table in terms of public opinion on where money should be allocated.

“We ask the public each year, if you had a notional, additional amount of money to spend on frontline services, what would you want to see that spent on?” Mr O’Brien said. “In a normal year, a service that is at the top in terms of satisfaction is usually down the bottom in terms of additional spend and vice versa, think pot holes. This year parks have really come up the ranking into the middle of the table and that shows the public are placing a higher priority on public expenditure on parks.”

Other areas covered in this year’s survey included additional questions relevant to specific issues around Covid-19. e.g. loss of income due to the closure of places such as cafes, as well as looking at how the pressure on public sector resources has affected parks and green spaces in relation to other service areas.

The survey also showed that fewer park managers felt they had their budgets cut more severely than other services, (68% compared to 77% the year before), although almost three quarters said that budget cuts had resulted in reduced levels of maintenance. It also seems that few park staff anticipate increased funding in the future, with just 20% saying that they expected an increased budget over the next five years

Unsurprisingly given the increased use since Covid restrictions, almost every park (94%) reported that they had an increased number of visitors during the pandemic. Unfortunately, it appears that rising numbers of visitors also resulted in a corresponding rise in littering, reflected by the fact that litter control was seen as the biggest priority for nearly 90% of parks.

Mr O’Brien continued by calling for a £5bn capital investment in parks by the Government over the next few years saying: “I’m calling for £500m of revenue to take us back to the funding levels we had for parks in England in 2010..… This is one of the best invest-to-save schemes any chancellor of the exchequer could ever make.”

How Amberol can help keep your park bright and beautiful

Amberol’s range of litter bins are used in parks and public places across the UK, including recycling bins as well as banks of bins and novelty bird and bear bins which are particularly popular in children’s playgrounds.

Amberol’s self-watering planters can also be seen in parks and commercial centres, bringing colour and vibrancy to outdoor spaces. Our up-the-pole baskets, barrier baskets and large floor standing planters are often used to stunning effect by local authorities as well as community gardening groups like Britain in Bloom.

To find out more about how Amberol’s litter bins can help keep your local park clean and tidy or how our self-watering planters can help bring colourful displays to patches of green or concrete, call 01773 830 930 or email sales@amberol.co.uk. 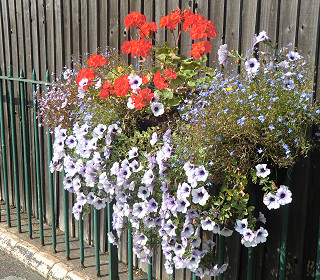 Railway stations are important transport hubs with a definite part to play within their communities. Voluntary groups such as station adopters work in railway stations in their area up and down the UK, ensuring that they are well maintained for... 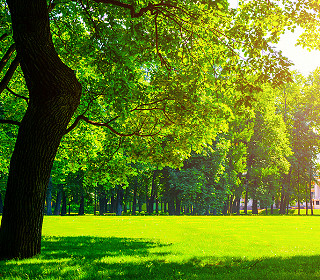 Love your local park – and keep it litter free

One of the positive side effects of Covid restrictions has been the fact that many people have been spending more time outdoors as a way of legally and safely meeting up with friends and family. This means that even in... 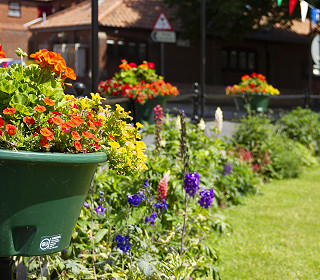 How can we help?

At Amberol we are fortunate to work with customers who are largely driven by making their environment better in some way; maybe by making it tidier or prettier - or just a nicer place to be. As so many of...