The coronavirus crisis has caused hardship and isolation for many people and so the staged loosening of restrictions on travel and socialisation has been welcomed by many.

However, an unfortunate by-product of these increased freedoms appears to be a rise in litter, with reports of excessive littering at some beauty spots and tourist locations. Social media as well as local and national news has revealed examples of unsightly littering in public places over the last couple of weeks, with Clean Up Britain describing the images as "truly appalling and inexcusable".

Since the announcement in May that people were allowed to meet one other person in public areas outside, now increased to a maximum of six people, the number of those visiting parks, beaches and open areas has increased. With that has come a rise in littering - the problem has also been exacerbated by the continued warm weather.

Organisations and residents from a range of areas across the UK, including Cornwall, Dorset, Birmingham, Liverpool, Yorkshire, London and the Peak District have reported their annoyance at the irresponsible attitude towards littering. Examples of discarded items include picnic debris, cans, bottles, toilet roll and nappies left on beaches, in parks and on moors.

Keep Britain Tidy has responded by calling on people to dispose of their rubbish responsibly or to take it home with them. Meanwhile, Clean Up Britain posed the question: "What sort of mindset allows people to enjoy the beauty of Britain while at the same time trashing it?"

At Amberol we work with local authorities across the UK, supporting them in reducing littering levels by supplying a wide range of litter bins suitable for different locations and purposes. Councils are under immense pressure and face many additional challenges thrown up by dealing with coronavirus, from reduced staffing levels to implementing measures around social distancing. This makes it even harder to maintain normal services such as refuse collection and street cleaning while ensuring staff are protected.

And so, the general public have a role to play and we join organisations such as Keep Britain Tidy in urging people to dispose of litter responsibly using litter bins where provided, and failing that, to take their litter home with them.

Which litter bin is best?

There is no ‘one size fits all’ litter bin which is why we have a wide range of options for outside and inside, from multi-material recycling bins, to banks of bins, to wall mounted bins. All Amberol’s bins are made from either recyclable polyethylene or polyethylene that has already been recycled, making them an environmentally responsible choice. Bins can also be customised with logos, signage and different colours.

“Sadly, it seems that local authorities need to be prepared for rising litter levels in some public areas. This patten may be repeated across open air attractions as restrictions loosen and they are allowed to re-open to the public,” comments Amberol’s MD, Patience Atkinson-Gregory. “This poses a significant public health challenge and we are always happy to speak with local authorities and other organisations about ways in which we can help reduce litter rates.”

For more information about Amberol’s range of indoor and outdoor litter bins, call 01773 830 930 or email sales@amberol.co.uk. We are open and happy to take your call. 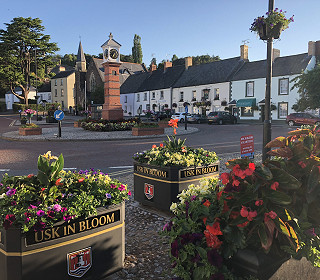 Usk in Bloom was set up in 1981, and since that time has gone from strength to strength. Although the town of Usk in Monmouthshire is relatively small with around 3000 residents, the In Bloom group has a healthy membership... 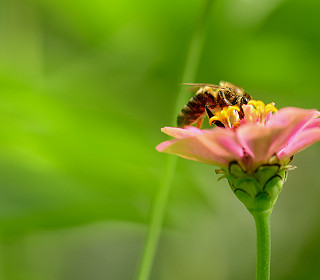 How to ‘Bee Friendly’ to all-important pollinators

We all know that plants need soil, water and sunshine to thrive, but other factors play an important part in maintaining the ecological balance of the natural world. One crucial link in this delicate environmental chain is the honey bee. 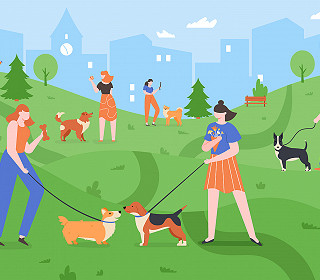 The impact of Covid-19 on our public parks

Parks and public green spaces have been real havens for many people during the varying restrictions implemented around social gatherings since the first national lockdown was introduced in March 2020.