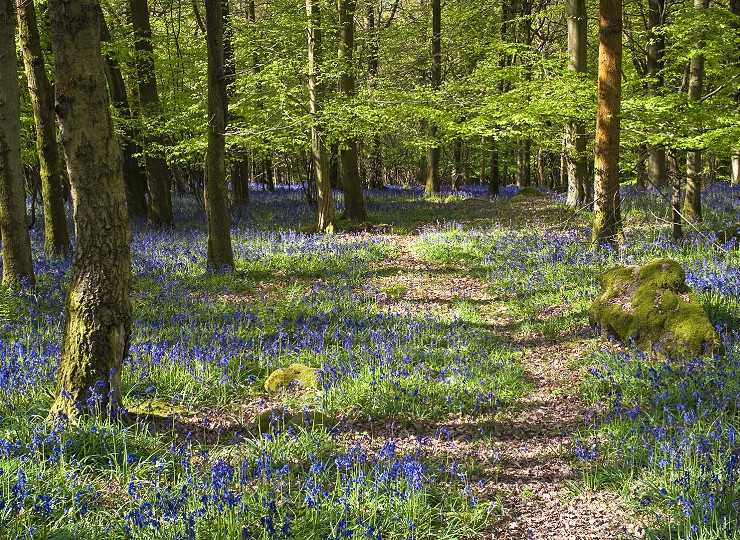 As manufacturers of litter bins, including a wide range of indoor and outdoor recycling litter bins, we are always interested to hear about imaginative campaigns to reduce litter on Britain’s streets and in our public places.

We tend to think of litter as being a problem in urban areas, but In this example, the focus is actually on tackling littering in rural areas such as woodland.

Hubbub, a charity that campaigns for environmental behavioural change, has been running its #LoveYourForest campaign since 2016. The project centres around the Forest Of Dean in Gloucestershire, one of the few remaining ancient woodlands in England.

Litter is a rural problem too

Along with other forests in the UK, the Forest of Dean experiences ongoing issues with littering of items such as hot drinks cups, cans and food packaging left by visitors. In fact, Hubbub estimate that 250 tonnes of rubbish are removed from the Forest of Dean every year at a cost in excess of £430,000.

As a result, the charity has been working with community groups across the region trialling different ways to raise awareness and to encourage visitors to dispose of litter responsibly - or to take their litter home with them. One of the challenges in the area is the fact that high speed limits and narrow verges make it difficult for litter pickers to clear the roads. Despite this, volunteers still collect around 40 bags of rubbish every year.

How #LoveYourForest has tackled litter

Initiatives which have formed part of the #LoveYourForest campaign include:

One of the latest initiatives of the #LoveYourForest campaign is the publication of the Inspiration Guide which aims to encourage communities across the UK to tackle woodland littering. The guide includes a range of tips and ideas that can be used anywhere including workshops and posters.

Councillor Chris McFarling, of the Forest of Dean District Council commented: “Love Your Forest is an excellent initiative which has enabled us to involve the whole community and look at different ways of working to tackle the litter problem.

“Not only that, but with its emphasis on having fun, we’ve found that residents and visitors of all ages have readily engaged with us. In time, we hope the impact of the campaign will show a clear reduction in the amount of rubbish being dropped that falls to the Council to collect. This guide contains the very best of the ideas that have worked for us, making it a brilliant resource for anyone who is facing similar challenges.”

The cost of litter

With litter costing councils an estimated £682 million per year to clean up, the #LoveYourForest campaign is just one of Hubbub’s initiatives to help tackle the UK’s litter problem. Previous campaigns have included a project to reduce plastic in the waterways and work with Leeds City Council to encourage recycling on the go.

“It’s great to see organisations like Hubbub raising awareness of the problem that littering in public areas can cause,” comments Amberol’s MD, Patience Atkinson-Gregory. “Alongside education and raising awareness, it’s also important to provide adequate facilities for collecting litter which is where products such as Amberol’s range of litter bins come in. Our bins are all made from recyclable polyethylene and so have sound eco credentials as well as helping to encourage the responsible disposal of rubbish in both rural and urban environments.”

For more information about Amberol’s range of litter bins including indoor and outdoor recycling bins, call 01773 830 930 or email sales@amberol.co.uk.