The Deposits Return Scheme (DRS) for drinks containers that is being introduced in Scotland will be good news for local authorities according to representatives from Zero Waste Scotland speaking at a recent conference in Glasgow.

The scheme, which is being drawn up by Zero Waste Scotland requires that consumers pay a deposit when buying a soft drink which is returned if the packaging is returned for recycling.

Plans for implementing the scheme were outlined at the 2019 conference of the Scottish branch of the Local Authority Recycling Advisory Committee. The new scheme looks likely to favour a higher deposit level of 20p per item to incentivise purchasers to return containers. It will be introduced ahead of similar schemes in England, Northern Ireland and Wales. Legislation for the Scottish scheme is expected to be introduced later this year. Once this is passed by the Scottish Parliament, there will then be a minimum 12-month implementation period before it is fully operational.

Concerns raised about the DRS

David Barnes, programme manager for Zero Waste Scotland explained that the scheme was primarily aimed at reducing litter at the same time as capturing a higher volume of drinks containers.  However, delegates at the conference raised concerns that it could encourage people to make money by gathering items from recycling bins to create an income.

Mr Barnes stated that it was hoped that setting a higher deposit rate would motivate “the person who purchased the container to return it for recycling, not just to create an opportunity for those who are less well-off to do that.”

Other concerns include the possibility that local authorities will lose the revenue that they currently make from selling recyclable materials. However, this could be offset by an increase in the diversion of material away from the residual waste stream which could in turn reduce the cost of managing that waste as litter.

The importance of producer responsibility in recycling

Janet McVea, the Scottish Government’s head of zero waste unit highlighted the importance of the consultation taking place around producer responsibility, saying: “The aim is to incentivise and steer manufacturing choices. But I can’t emphasise enough how much of a game changer this reform could be and the opportunities that could present for local authorities and the opportunities to support more consistent collection of materials.”

How will the DRS work?

The scheme will include all alcoholic and non-alcoholic drinks packaged in PET plastic, aluminium or steel cans and glass bottles. Containers from 50ml to three litres will all be part of the scheme. However, some materials are excluded – these include mixed material pouches, cartons, HDPE (the plastic that most bottles milk comes in) and cups.

Amberol’s MD Patience Atkinson-Gregory believes that any moves to improve recycling levels should be given careful consideration. She comments: “Scotland are leading the way on this within the UK so it will be interesting to see what impact this has on recycling rates. Countries like Sweden and Norway already run successful DRS schemes, but it is also important to ensure that on-the-go recycling facilities such as street recycling litter bins are still provided for the public to maintain and increase recycling levels.”

For more information about the Amberol range of indoor and outdoor litter bins, email sales@amberol.co.uk or call 01773 830 930.

We are delighted to announce the winner of the competition run by Amberol in Clerks and Council Direct which appeared in the magazine’s May issue. 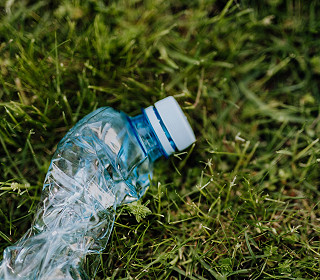 While it is encouraging to see so many areas of the UK slowly re-opening after lockdown, many of us will share a sense of disappointment and anger at scenes of litter being left on Britain’s beaches and in areas of... 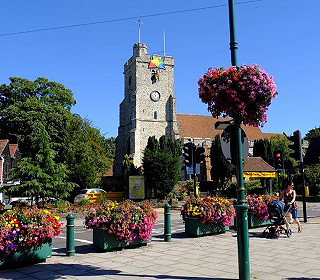 Amberol is working with a number of councils and local authorities across the UK creating floral barriers as a way of maintaining safe social distancing in areas of high footfall.