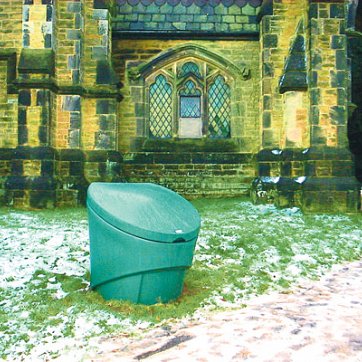 It’s the time of year when our grit bins come into their own and so we were interested to read about Oldham Council’s recent initiative to name its gritter vehicle in an annual public vote. The competition has seen previous years’ vehicles named Freddie Salted and Gritney Spears.

Now in its third year, the “Name the Gritter” competition was launched to give children the chance to come up with imaginative titles for the council’s vehicles. However, as the news has spread, there have been more adults putting suggestions forward.

More than 2,300 suggestions have been submitted so far. Some of the best include Gritty Gritty Bang Bang, Gritterbug, Usain Salt and Spready Mercury. And, after the Boaty McBoatface debacle – the name chosen by the public in a vote to christen a £200m polar research ship - Gritty McGritface has also proved to be a popular suggestion.

Fida Hussain, an Oldham councillor, said: “We’re delighted. It has not only captured the imagination of Oldham residents, but the whole nation. Our gritters play a vital role and so it’s nice that we can have a bit of fun by running competitions like this.” Perhaps wisely, the council has sidestepped the calls for Gritty McGritface, stating that the most popular suggestion may not necessarily be chosen.

The gritter competition serves as a reminder of the colder weather that is likely to come our way in the forthcoming weeks. Although the snow and ice may not have yet hit in many regions, it is important for councils and highway departments to be prepared for what will come – we’re all aware of just how quickly the British weather can change.

Amberol supply a range of grit bins and boxes in three different sizes, making them suitable for a variety of locations - from schools to shopping centres and footpaths to roadside verges.

Available in bright yellow to enhance visibility, our grit bins are robust and easy to spot wherever they may be. And of course, they have great environmental credentials as they are made from recyclable polyethylene.