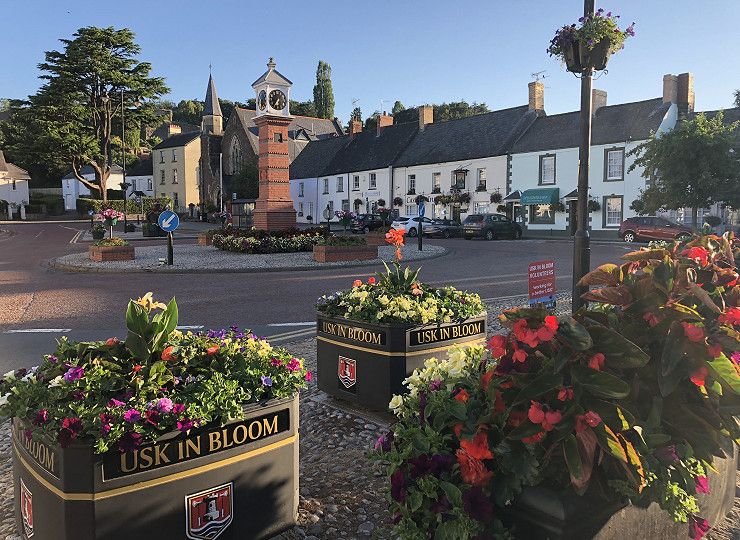 The finalists in this year’s annual Britain in Bloom competition, now in its 55th year, have been announced by the Royal Horticultural Society.

The list includes a total of 71 cities, towns across the UK who will compete in 12 categories including Champion of Champions, Urban Community and BIDs (town centres and city centres).  You can see the full list of finalists here.

Conserving water in Britain in Bloom

Having worked with Britain in Bloom groups for over 40 years, Amberol is delighted to play a part in supporting finalists in their bid for success on the national stage. Indeed, Amberol’s self-watering planters often play an important part in many Britain in Bloom groups’ competition entries. With environmental responsibility one of the three key areas, a commitment to water conservation usually finds favour with the judges and is mentioned specifically in the judging guidelines which pose the question: “Does the group have active policies to reduce the demand placed on natural resources e.g. source of water used for plants?”.

Amberol’s MD Patience Atkinson-Gregory is an enthusiastic advocate for Britain in Bloom, particularly for the way that it generates a such a strong sense of public spiritedness. She comments: “One of the strengths of the competition is the fact that it embraces communities of all sizes. For example, one of the finalists in Yorkshire is a village with a population of just 90 people. It is a fantastic achievement that such a small community can reach the final.

“I also think Britain in Bloom has an important role to play within inner city areas where it can be more challenging to generate a sense of community. Initiatives such as this not only improve the areas where people live and work – it brings people together with a common purpose.”

BID entries on the rise

This year there have been more entries from Business Improvement Districts (BIDs), town and city centres than ever before. This is attributed to concern around the issue of maintaining and expanding green spaces. 2019 will see Bath, Bicester, Canary Wharf, Dunfermline, Farnham, Kings Lynn and New Milton BIDs battle for Gold.

The most prestigious category, Champion of Champions is always hotly contested. This year, five finalists have been hand-picked by the judges based on their exceptional past performance. They are St Helier in Jersey, Durham, Perth, Kingsbridge in Devon and Castlecaulfield in Northern Ireland. Past winners include Amberol customers Shrewsbury and 2018 Champion of Champions Truro.

How self-watering planters dealt with the summer of 2018

With one of the hottest and driest summers of recent years, 2018 proved a particularly challenging year for Britain in Bloom entrants. Truro impressed the judges with drought-tolerant planting to beat the heat, many of which were housed in Amberol’s self-watering planters.

“Many of our customers commented on how using self-watering planters really helped their displays deal with the excessive temperatures of last summer,” adds Patience. “It’s hard to imagine when we are in the middle of winter but having the water reservoir and the ability to reduce watering to once or twice a week is particularly useful during extremely warm conditions such as those experienced in the summer of 2018.”

Britain in Bloom also aims to raise awareness of some of the key issues facing the environment. Chair of the Britain in Bloom judging panel, Darren Share comments: “Britain in Bloom isn’t just about spectacular floral displays and making our villages, towns and cities beautiful to live in and visit. Many of this year’s finalists are on the frontline of tackling some of the UK’s biggest challenges such as climate change, plastic waste on beaches and declining pollinator populations. The thousands of volunteers who will compete in this year’s competition are a barometer for growing trends and the importance and impact of greening our communities.”

National judging commences on 29th July with Britain in Bloom judges visiting finalists across the country over a two-week period. The winners will be announced at the national finals awards ceremony in October.

You can find out more about Britain in Bloom or search for community gardening groups in your area please by visitng https://www.rhs.org.uk/communities/find-a-group-search-form.

To find out more about Amberol’s range of self-watering planters, email sales@amberol.co.uk or call 01773 830 930.

As summer approaches and the weather gets warmer (hopefully), the facility of Amberol’s self-watering planters to help conserve water really comes into its own. This is particularly true in the current crisis when people are required to minimise any form of activity outside the home.

Read the full story here
Would you like to be an Amberol case study?
General News ·
Case Studies

We love to hear about the way that people use our products. Whether you are a school, leisure centre or council using litter bins from our range of indoor and outdoor litter bins to keep your environment clean and tidy, or a Britain In Bloom group creating wonderful displays using Amberol’s self-watering planters, it’s always good to see and hear our products in action.

The Great British Spring Clean, originally scheduled to run from 21st March to mid-April, has been postponed due to the situation around Covid-19. The national campaign will now run for a shorter period from 11th to 27th September.